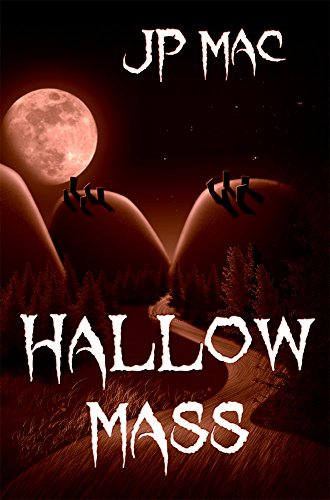 All the time, people want to use the Necronomicon as a pivotal plot point for their novel. Often, it’s misused and misrepresented, contorted to whatever special need the author decries

Imagine my delight and surprise then, in Hallow Mass, to find that the book’s used as intended. And what a narrative built around it.

Told through third-person, the novel follows two groups: the “good” guys and the “bad” guys. Or, those trying to use the Necronomicon and those trying to prevent its use. Chapters headings are newspaper clippings or quotes related to the story. They provide hints, bits and pieces of background story, and foreshadowing. The narrative uses book excerpts or scripts to give the readers an easy information dump. With the author’s tone and informal style, it fits. Not once did it rip me from the story.

The author did a wonderful job taking potshots at big corporations. Hilarious, and exactly how things pan out in the real world. Creative and so well done. The characterization was great. All the characters were different, and it was diverse. Even without naming the characters during dialogue, it was easy to keep up and know who was who. With exceptions, each character had their own plot and series of development. And it’s easy to discern. Grammar and punctuation were all on-point, contributing to the tongue-in-cheek narration.

I’m always wary of female protagonists. Wary, but I love them. Only because nine time out of ten, they’re not written well. They always seem to fall back into some lame trope that destroys their character. Which explains why Mercy’s character stood out. Best of all, there’s no love story that every female protagonist seems to have to succeed as a character. There was none of that. She was her own personality without relying on others for it. The supporting characters did that: support without being overbearing or “I’m the man, I’m in charge now.” And boy, is she easy to identify with. All college students have been there at one point or another.

Even the description was right where it needed to be. There’s plenty of information on the characters, but the setting requires attention too. And the author delivered. The description of the small-town nature set the scene.

Things felt a little too easy during the climax, but given the cliffhanger at the end, there’s more to come. If things are easy on the protagonist at first, only to embroil them deeper later, then so be it.