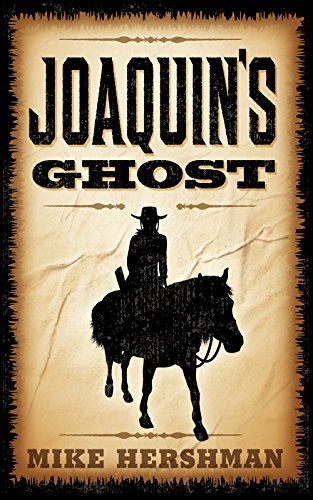 Joaquin’s Ghost reads very much like a novel geared for younger audiences, like Nancy Drew. Or Babysitters Club. The style is very simplistic, as is the mystery. Alberto and Toru discover a washed up hand on the beach. So begins the mystery. Who killed him? Why? Why are Joaquin and Three-Fingered Jack so important? Beyond motivating two young kids to be sleuths, that is.
Things are confusing in the beginning. More than once I had to go back and re-read the same sentence. Alberto, the narrator, throws a bunch of information out at once. Trying to get the characters and the setting straight to start with is more work than it should be. Once the story moves on a chapter or two, things get easier. Still, keeping track of the minor characters requires your full attention. That was frustrating.
The setting was on the unique side. A time when immigrants were a big deal, and racism was more blatant than today. California, 1910. Alberto and Toru both deal with these, without making them the subject of the novel. And–as only children can–they offer up opinions wise beyond their years.
Joaquin’s Ghost needs to go back for heavy editing. Grammar and punctuation were awful. There were hyphens everywhere—and in places they didn’t need to be. It made reading frustrating. Breaking things up in the wrong places undermined the tone. I wound up jarred out of the story more often than I’d like.
Given the basics of the novel, I didn’t expect a whole lot of character development. Which was good, because there wasn’t any. Should this be a mystery series, then development would likely happen over a period of time. One book might have more life lessons than others. If that’s the author’s intent, then things work out.
I did like the characterization. Toru and Alberto were both likable. They acted and reacted as kids do. They asked a million questions and the adults (for the most part) indulged them and answered. It was nice to see this dynamic.
Language barriers weren’t addressed well. A bad mixture of Spanish and Japanese words peppered the novel in inappropriate places. I get what the author was going for, it wasn’t carried out as well as it could have been.
If this could get some editing, there is a good idea there. It has potential to be a cute book for a much younger audience.
Buy it here!