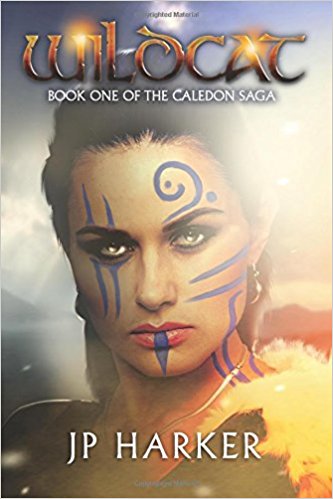 I’m going to preface this by saying that Wildcat is an incredibly long book. However, such care was put into its composition that I feel like readers would hardly notice. There were very few lulls in the narrative, and the plot carried the reader along insistently, keeping them turning the pages.

How much loss can one person stand, really? After her tribe is forced into an alliance with their Gaian conquerors, Rhia finds herself ripped from the life of a warrior and wife to a life of indulgence and subservience amongst the Gaian people. Her inadvertent exposure to a darker plot that threatens the lives of those she cares about returns her to her roots and nothing will stand in her way to protect them.

Wildcat was a ridiculously emotional ride. The author managed to find a delicate balance between Rhia’s more feminine side (the desire to settle down, be a wife and mother) and her warrior side—her urge to fight and protect. A real Wildcat, as the name suggests. The tale had its dark and gritty moments, without feeling like the main character was being knocked down all the time. Moments of levity and relaxation came in where they were needed most. And it all flowed so well together. I only felt a little lost at the beginning, as the author introduced the world, the various tribes and their customs. Once all of that straightened out, it really was smooth sailing the rest of the way.

I have to say that the description was on point, one-hundred percent. It gave a clear indication of what was happening. Battles and action scenes were controlled and properly paced with it. The prose could probably be compared to a mixture of Tolkein and King. Characters were done so well. They were three-dimensional, and their relationships were meaningful.

This was a really good book. The final quarter of the book was so intense, so emotional. I had to take a deep breath when I finally put it down. Despite the length, it’s worth every word.